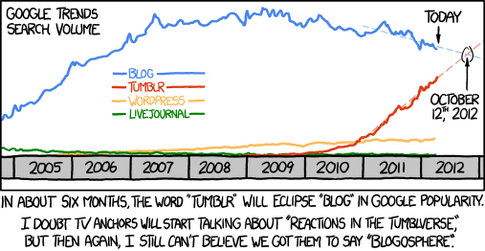 Blogginggoogle trendsquoratumblr
Previous Post
Which surveys answer how large a proportion of the whole population blogs?
Next Post
How many people blog?