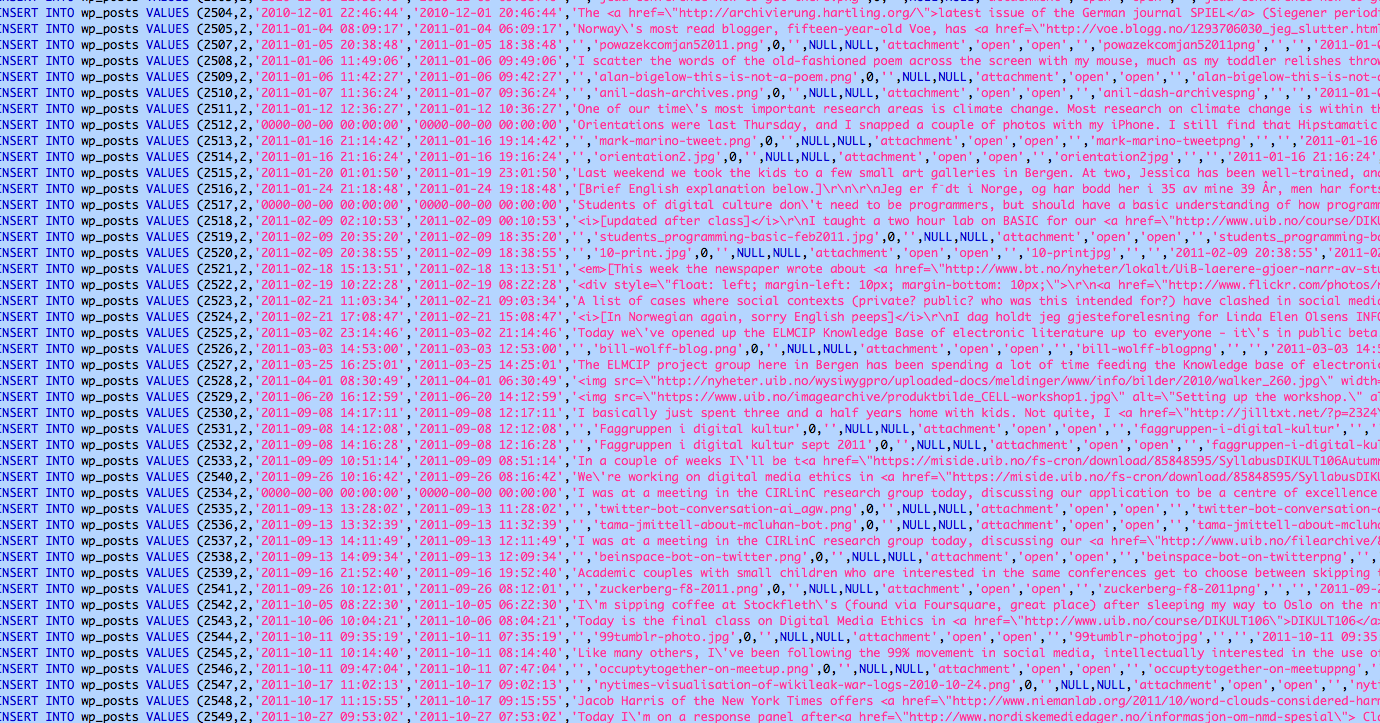 And it only took about two months of whining to anybody who would listen that my ten years of blogging was gone, lost in hyperspace, between an ancient WordPress 2.0.1 install on a legacy university web server and the new version of WordPress on my new host which stupidly couldn’t read my old backups. Finally, the wonderful @daveyinsweden told me to just cut and paste stuff from the mysql file into myphpadmin. Which I had no idea how to do, but really, like most tech stuff, is dead easy once someone shows you and you don’t worry too much about breaking it. Or maybe not exactly dead easy, but at least not completely impossible. Well. Pretty soon I had 12,000 comments and no posts. So I repasted the posts, and again, and again, and then finally figured out that if I made a new post I could compare the fields and sure enough, the imported ones were lacking a field. A fairly silly field, by the looks of things, but still a field: “Post_type = post”. Once I switched all their post-type’s to being “post” (what else would a post be I wonder?) they showed up with their comments and images and everything! Such joy! Hooray!

Now, I shall sleep, happily.

Previous Post
haggis colitis (or; a week of grant writing)
Next Post
a turn from computational to ecological digital poetry