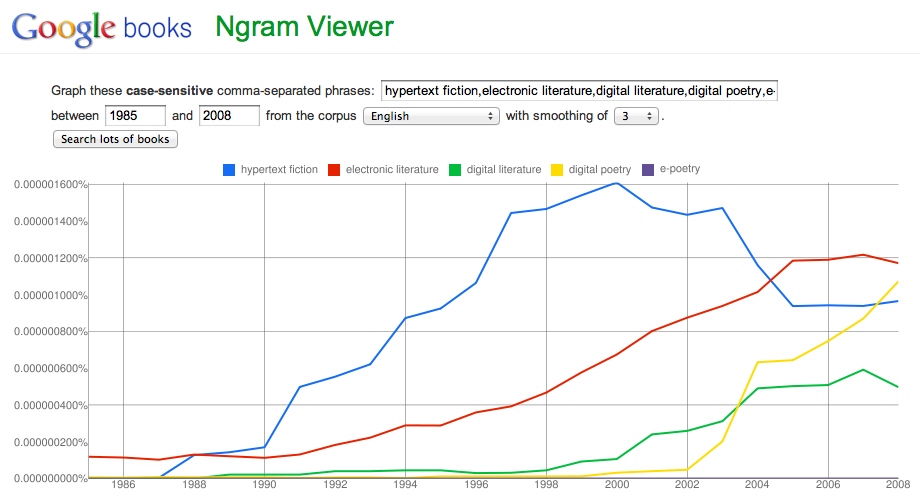 6 thoughts on “The history of the term “electronic literature””