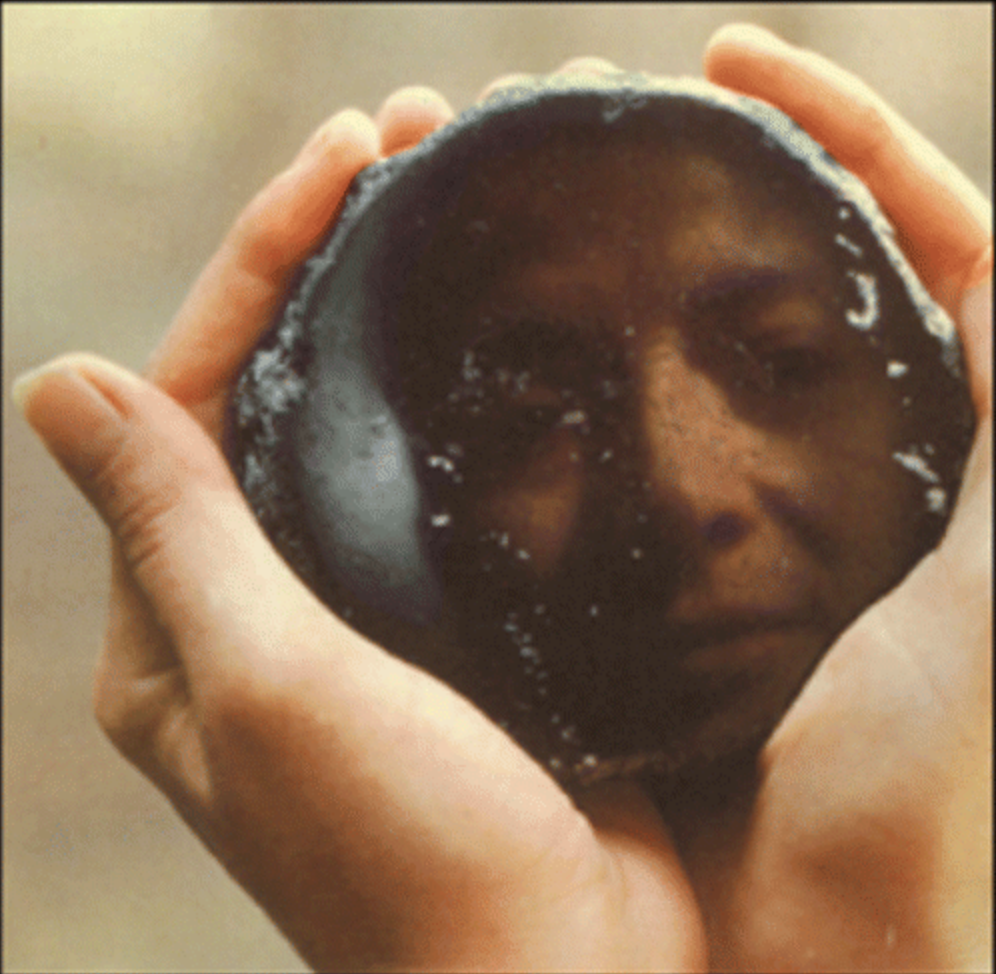 Look, this is the oldest known mirror, reflecting the face of a woman holding it. It is 8000 years old and made from polished obsidian.

I’m working on a book on machine vision, and I want to edit it all enough before summer that I can send it off for feedback. It is so hard to keep just editing though when I keep discovering these new fascinating facts! I had no idea that mirrors have been around for 8000 years. Or that crystal rock was used 4500 years ago to create lenses for eyes for Egyptian statues that are remarkably anatomically correct, at least given possible knowledge of anatomy at the time.

If we are ever able to travel again and I can go to Paris, I will go straight to the Louvre to see The Seated Scribe, which is one of the statues bearing those eyes. Apparently it looks as though they look at you wherever you stand. The lenses are perfectly ground from crystal rock, and the painted irises have little holes for the pupils, filled with resin, and behind the resin there are sheets of copper inside the “eyeball”, perhaps to simulate the reddish glow of capillary blood vessels behind the human iris. These optometrists and scholars even went and measured the qualities of the lens in one of the “reserve” eyes the Louvre keeps.

I keep intending to just EDIT my draft manuscript but it’s so hard when I keep finding these fascinating facts. It also turns out that Nero probably didn’t view the gladiators using an emerald as a lens, as Plinius wrote, but rather using it as a mirror. And Seneca used a glass of water to see through when he hit middle age and it became harder to read, and the engraver in Pompeii had magnifying lenses in his workshop, presumably to make it easier to see tiny details while working.

Honestly, there is so much to be interested in. Trying to find the exact quote from Seneca about looking through the glass of water, I instead find him scoffing at the deception of human vision:

[N]othing is more deceptive than our eyesight, not just with things that distance prevents it from examining minutely, but also with things it sees within easy reach: an oar has a shallow covering of water, and it gives the appearance of being broken; fruit is much bigger to someone looking at it through glass; a very long colonnade merges the intervals between the columns.

So much for deepfakes. Oh, and here is the quote about the glass of water:

I shall add that everything is much larger when one is looking through water: writing, however tiny and difficult, is seen larger and clearer through a glass sphere full of water; fruit appears more beautiful than it is if it is swimming in a glass bowl; the stars themselves seem larger when one looks at them through a cloud, because our eyesight falters in moisture and cannot reliably grasp what it wants to. This is plain if you fill a cup with water and drop a ring in it: for although the ring is lying on the bottom, its image is emitted on the surface of the water.

Now I really must go and edit the chapter, not add more to it…