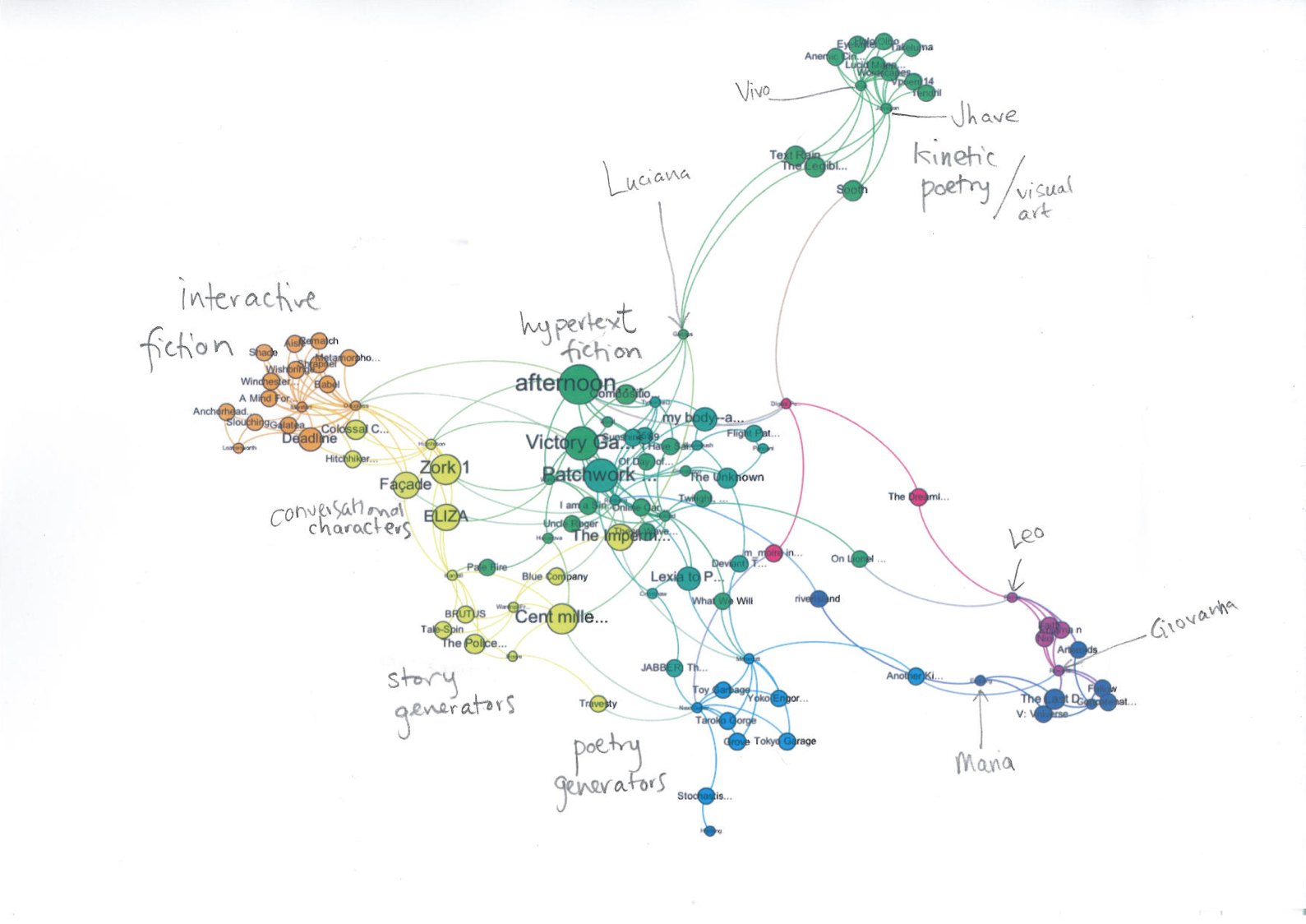 
Here is a first pass at a network visualisation of the creative works that are referenced by at least two separate dissertations. You can open the image in a new window to see it a bit bigger so you actually have a chance of reading the titles of works. Works are sized according to the number of references they have received, so you can see that afternoon, a story is the biggest – no surprise there. The colours were determined by a modularity algorithm and the layout by the Force Atlas 2 algorithm, all using the open source Gephi software. I actually just printed this visualisation out and scribbled on it in pencil to get some ideas of how things fit together, so it’s a very early version, but you can see how the network visualisation clusters works into genres.

Some are very clear, such as the interactive fiction over to the left of the graph. The works shown in orange were cited by dissertations by Montfort (2007), Douglass (2007) and Leavenworth (2010), who all wrote dissertations very much focused on interactive fiction. You can see how some of the works of interactive fiction are bridges to other clusters, though, in particular this is the case for the classics – Colossal Cave Adventure and even more so Zork, but also The Hitchhikers Guide to the Galaxy. It’s interesting to see Façade and ELIZA fit in here too: both are strong examples of conversational characters.