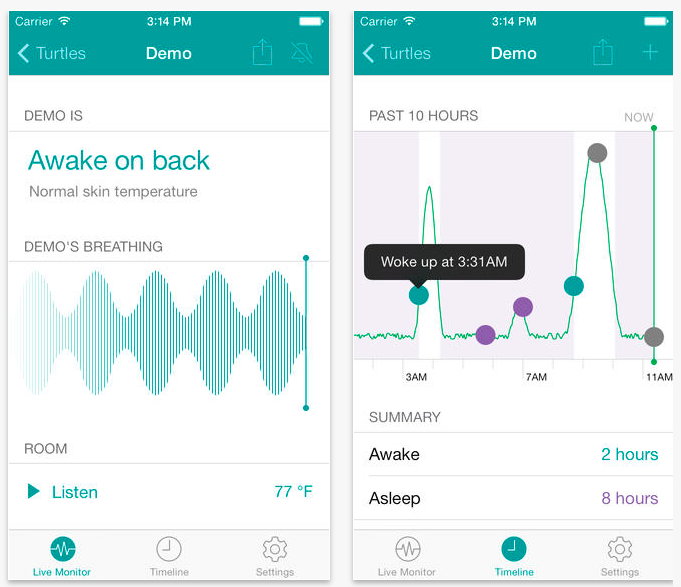 Benji is only four years old, but the wearable baby trackers I discovered this evening make his infancy look like the stone age in comparison. Sure, I used TrixieTracker to track Jessie’s napping six years ago, but I had to enter all that data myself. Now, you simply dress your baby in a custom-made onesie or snap a band around her ankle and you can let your smart phone alert you if her breathing, body temperature or heart rate are not OK. The Sproutling ankle band, which isn’t actually available yet but plans to go to market later this year, will even let you know when your baby is going to wake up from her nap. To the minute, they hope.

I remember when my eldest baby was about eight weeks I realized one of the other mums was going to the well baby centre a couple of times a week to weigh her baby, not just according to the set schedule – 2 weeks, 6 weeks, 12 weeks or whatever it was. I started going more often too, thinking that was what a good mother was supposed to do, until the nurse asked me why. There’s really no point in weighing a baby that often, she told me, unless you have a particular reason to be concerned. Weight fluctuates from day to day. Frequent weighing is more likely to make you nervous than not, which probably isn’t that great for your baby. I relaxed, and stopped worrying about it.

I’m honestly rather glad I don’t have babies anymore. I know I would be torn between desiring all those gadgets, all that data and thinking the whole thing was insane.

Previous Post
Are there still academic blogs that have active discussions in the comments?
Next Post
Life poetry told by sensors, or how automatic journalling apps are marketed